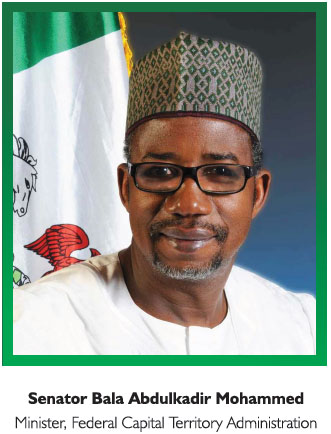 The FCT Vehicle Inspection Office (VIO) on Monday said an outright ban of mini buses in the city centre would help to decongest the city.

Mr Yusuf Jack, Deputy Director, Operations, who stated this in Abuja, blamed the congestion being experienced in the city centre on the usage of mini buses.

Jack said that congestion caused by stationed vehicles as a result of traffic jam was hazardous to health. According to him, when there is congestion, there is usually heavy smoke emitting from vehicles into the air. “This is harmful to people’s health and it has negative effect on our climatic weather,’’ he said.

Meanwhile, the FCT Minister, Senator Bala Mohammed, has stressed that “there is no going back on the route delineation policy on mini and high capacity buses”.

This is contained in a statement issued on Saturday in Abuja by Mr Nosike Ogbuenyi, the Special Assistant on Media to the FCT Minister.

The minister in the statement, said that the route delineation policy became imperative in order to  sanitise the transportation system in the FCT.

It said that the policy would enhance efficient transportation system in the FCT, adding that every resident of the city and the country at large would benefit from the policy.

According to the statement, the three weeks suspension of the policy implementation is to further enlighten the public about the scheme. The minister made it clear that the enforcement of route delineation remained the best solution to the problems plaguing the transportation sector in the FCT.