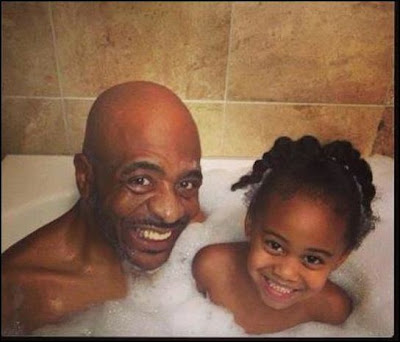 The criticism of Bishop Larry Trotter online for taking a bubble bath with his 4 year old grand daughter has caused the little girl’s mother, Javon Trotter, to react and defend her father. She had this to say:

“I’m upset, I’m hurt I can’t believe that people would re-post the picture of my innocent baby and say bad things about my father who loves my baby and all kids. He would never do anything to harm them. It’s hurtful for my whole family. I don’t understand this. It doesn’t look bad. I don’t know why people would think this way. I know my father and he would never do anything to his kids. I would have not posted the photo online…We never wanted anyone else to see it. My father is hurt as well, we’re his family. He doesn’t want people to be posting his picture all over the world.”

She also said her father and daughter had on swimming trunks and that the little girl was in the water for about three to five minutes, and she was present during the entire situation.