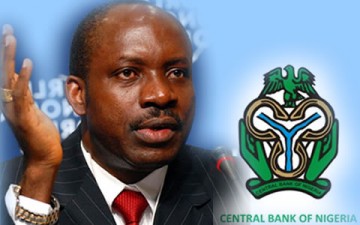 Embattled former Governor of Central Bank of Nigeria (CBN), Professor Charles Chukwuma Soludo, has breathed the air of freedom once more after spending about 8 hours in the custody of the Economic and Financial Crimes Commission (EFCC).

The former apex bank chief who arrived at the EFCC headquarters at about 2 pm on Thursday from his Abuja residence and was immediately quizzed for several hours by the anti-graft body to determine his level of involvement in the alleged N750million polymer contract scam, was granted administrative bail at about 10pm on Thursday.

However, before the commission allowed him to go home, he was asked to drop his diplomatic passport and to produce two sureties who must be senior federal civil servants not below the level of permanent secretaries or directors.

A source in the EFCC disclosed that Soludo’s freedom was only temporary as he would soon be invited for further interrogation.

The source said: “He was eventually allowed to go on Thursday. I think he left in the evening. But that is not the end of the matter; he is also expected back for further interrogation.”