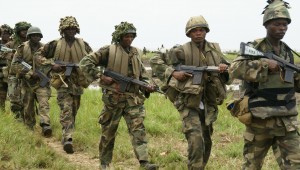 The 82 Division of the Nigerian Army, Enugu, is set to try its officers found to be involved in criminal acts and other offences classified as indiscipline.

This came as the National Human Rights Commission, NHRC, weekend, said it would not rest on its oars until all the soldiers who allegedly abducted and raped some women in the Federal Capital Territory under the guise that they were prostitutes, were fished out and punished accordingly.

The 82 Division of the Army said it had concluded plans to swear in members of General Court Martial that would try the accused officers today.

Serious disciplinary/criminal cases that occurred within the division’s area of responsibility will be tried, according to a statement by the Assistant Director Public Relations of the division, Col. Hamzah Gambo. The cases to be tried include murder and scandalous/ disgraceful conducts.

The statement hinted that there were 11 accused personnel to be tried by the general court martial.

The court martial, according to the statement, is expected to round off its sitting within 90 days. [Vanguard]