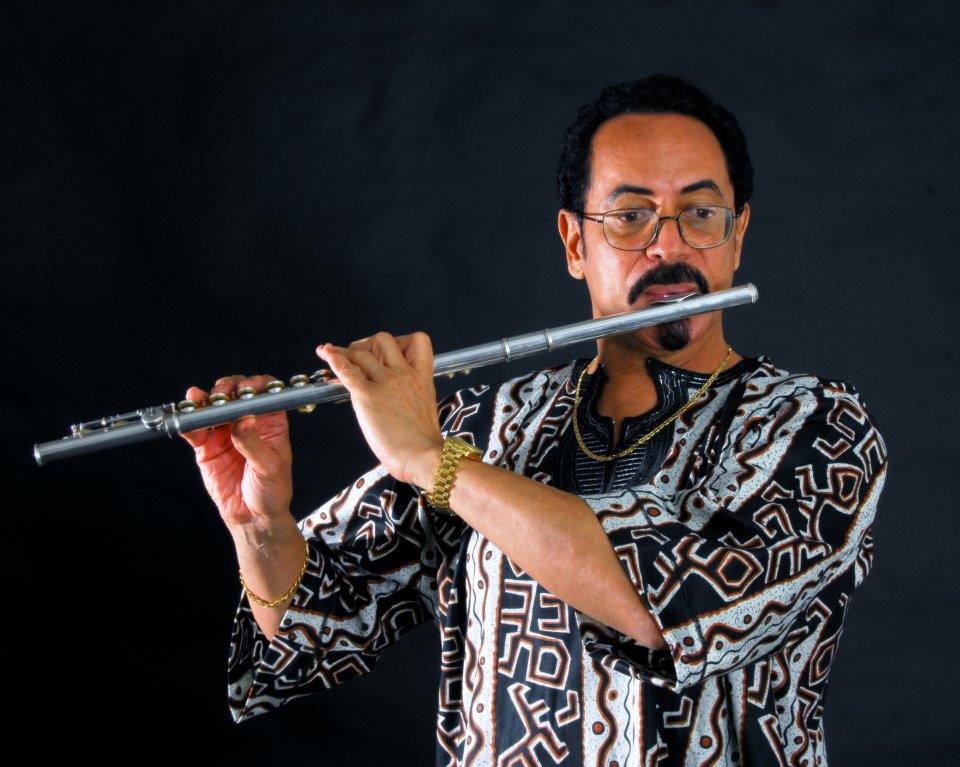 Flutist, Tee Mac Omatsola Iseli, in an interview with The Entertainer, talks about the state of Nigerian music and other issues.

Since 1970 when he relocated to Nigeria, he has constantly been in the news. A one-time PMAN president, philanthropist and businessman, he remains very active in music circles in the country.

Tee Mac, rather than grow old, you’re getting younger. What is responsible for this?

To be honest with you, I’m 64 now. I live moderately. I work very hard and I exercise. I don’t eat red meat and that is very important. I eat lots of vegetables and fruits and I think the combination of healthy living and exercise keeps me young. And of course, the love for music. When you’re a musician, you don’t grow old. You stay a teenager forever.

Most people believe that an artiste needs hard drugs and alcohol to boost his boldness. Did you ever indulge in these vices?

I would say that applies more to immature musicians. For a professional like me who studied music for 12 years and holds a degree as a concert flutist and a degree as a philharmonic composer and also a PhD, I don’t need that because I am self-confident. When I go on stage and I face 100,000 people or I face cameras, my heart pumps adrenaline and then, I don’t need any drugs to perform well.

But when you are not a trained musician and you’re shy then you get into drinking or drugs to gain self-confidence. But you don’t realize that when you’re drunk or stoned, you’re actually reducing your capability to perform well.

Are you suggesting that artistes should have a little or some form of formal training in whatever area of entertainment they want to go into?

Would you have your house designed by a quack when we have professionals?

You wouldn’t go to a doctor you know is a quack but a professional. Same thing obtains in music. Music is a profession. And my dream is to build music schools in Nigeria. I was involved in the MUSON Centre; I do the master class there free of charge occasionally. And I also teach at the Bradley University in the United States. I have associate professorship. I teach philharmonic composition for six months every year. My dream is that every child in Nigeria should have the opportunity to either learn to play a guitar or whatever music instrument free of charge as it’s done in Europe.

I had the great luck to be educated in Switzerland. I’m half Swiss and half Nigerian. In Switzerland and the rest of Europe, every child can learn an instrument not because the child wants to pursue a career in music but to enhance his learning abilities.

Illiteracy in music is not just on the musician but also on the listeners. So, we must also have music appreciation. It helps for people to start appreciating good music; there’s too much trash being produced at the moment in Nigeria.

What advice do you have for the up-and-coming acts?

To up-and-coming artistes, my advice is: watch your lyrics and stop producing quick and cheap CDs hoping you’ll hit the big money. Take your time because a CD is a legacy you leave behind. We had great Nigerian musicians who are not alive anymore but their CDs will keep them alive forever.

Let’s talk about overindulgence, excesses, healthy living and longevity. Have you ever overindulged in sex or drinks?

No. I was too busy because I always had a very good band. I toured the world. I was lucky at a young age to have three world hits that put me financially in a good position. I invested in mining and went into oil & gas. I own one of the largest mining companies in this country. So, I was always too busy for that.

But my advice to the younger generation is this: because you have become well known and suddenly recognized in the street and everywhere, girls will chase you wherever. This shouldn’t be an avenue to take advantage of them because it will harm you. That you’re constantly being invited to concerts and parties doesn’t mean you have to get drunk every day. It is your willpower and your dedication to make it in show business that will keep you clear-headed because the downfall for many artistes is too many women, drugs and booze.

But unfortunately, a large percentage of not just musicians but also many film stars and painters fall into that trap. They are pushed to a level that they become so tired and can’t go on stage anymore without sniffing some coke or having some brandy and so on. So, you must be aware of the danger of taking drugs and alcohol and indulging too much in s*x.