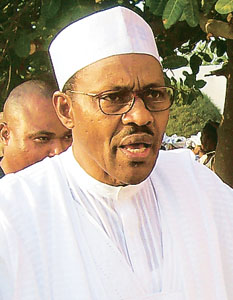 The National Publicity Secretary of the Congress for Progressive Change, CPC, Mr. Rotimi Fashakin, has reacted to the presidency’s declaration that Maj-Gen. Muhammadu Buhari is not a force to be reckoned with saying indeed, the former head of state was a threat to the PDP.

According to Fashakin, the determination of the opposition parties to bring the merger into reality was a threat to the dominance of the PDP.

He said, “For us in the CPC, we are aware that the persons in charge of the presidency’s propaganda got their jobs for the mendacious and utterly atrocious missive against the person of Buhari. Truly, Buhari’s presence has been the major threat to the misrule of PDP in the last 13 years. Successive PDP regimes have unleashed humongous deprivations on the people.”

The CPC spokesman stated that Buhari’s performance as military head of state was better when compared with Jonathan’s.

“The 20-month era of strong leadership espoused what later became known as ‘Buharinomics,’ which simply put, was an admixture of frugality, probity, respect for contractual agreements, expunction of all covert or overt attempts at subjugating the Nigerian economy to world powers and above all, an economic policy with Nigeria as the centrepiece

“Gratefully, the cluelessness of this present regime and its high propensity for opacity are already lifting the veil off the people. The determination of the opposition parties to bring the merger into reality shall ensure the defeat of the PDP in the next general elections” Fashakin reiterated.