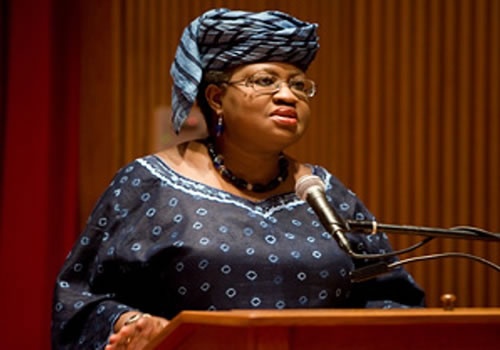 In what might be cheery news to managers of the nation’s economy and indeed Nigerians, the Coordinating Minister for the Economy and Minister of finance, Dr. Ngozi okonjo-Iweala, yesterday declared that the nation’s  foreign reserve has hit $44.6 billion.

The minister said this while speaking at the  31ST Meeting of the Convergence Council of Ministers and Governors of Central Banks of the West African Monetary Zone, WAMZ, in Abuja. She also added that Nigeria has been building buffers against “economic shocks”

Her words, “on the back of greater efficiency in the management of our resources, our foreign reserves soared from US$32.6 billion at the end of 2011 to about US$44.6 billion now.

“The Excess Crude Account,ECA, balance has also improved from $4.57 billion in August 2011 to about $9 billion now. Our Sovereign Wealth Fund is up and running and will oversee the $1 billion set aside by the government. But more important, President Goodluck Jonathan’s administration is embarking on a strong program of economic diversification – which is the only real buffer for our economy”.

According to the minister, Nigeria has started a massive investment in agriculture, housing, solid minerals, the creative industry, and other sectors, “in an effort to limit our dependency on oil revenue, and create jobs. It is a fact, that our present growth rate is being sustained by the activities of the non-oil sector”.