Home Entertainment No Angel Of Death In Nollywood; A Lot Of Bankers Are Dying...
Facebook
Twitter
WhatsApp 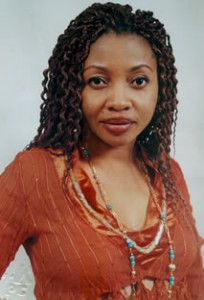 There have been prophecies, and visions about the angel of death being at work in Nigeria’s movie industry following the number of deaths recorded last year. Nollywood actress, Benita Nzeribe has however said that she refuses to believe “the evil prophecy”.

“I don’t know why people get too pessimistic about such things. People are saying that a lot of people in Nollywood are dying. A lot of bankers are dying too. It’s not narrowed down to Nollywood alone. It is the way God has willed it; if God did not allow it, it wouldn’t happen,” Benita told HVP recently.

Benita Nzeribe has not been seen on screen in recent times; the sultry actress disclosed that she took a break for about a year to take care of a lot of things, including her NGO, but she says she’s back now.

“My NGO focuses on women and children. I don’t blow it or talk about it much. I’m just inspired to give back to society, and I get my reward from God.”

BenitaNzeribe says her break is over, and she’s back working. “I am hosting a show for Malta Guiness Low Sugar in the east, and I’m also beginning shooting for a cinema movie in the next two weeks. In the next one or two months, I should be able to talk boldly to the press about my plans for movie production. But what I have in mind is still in the incubation stage now. I don’t want to jump the gun so I don’t get into a tight corner.”

Everyone wants to know who the lucky man dating a beautiful celebrity is, and for Benita Nzeribe, she’s got a man whose name she wouldn’t disclose or their plans. “I’m not married,” she says, “but obviously, there is a man in my life, but I’m not talking about him or about marriage yet. I am not giving you any gossip about my personal life. It is beautiful as you can see. Just keep your fingers crossed and watch what happens in the future”.