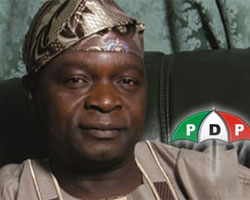 The Commission while justifying its position, said it had neither been served with the court order nor written to by the PDP that Oyinlola had ceased to be its national secretary.

“There has not been any specific order with regard to the removal,” the spokesman for INEC chairman, Kayode Idowu, is quoted as saying.

Idowu said that INEC as a neutral umpire, would comply and “if there is an order directing the commission to remove his (Oyinlola’s) name as national secretary.”

Information Nigeria reports that the Federal High Court in Abuja on January 11 ordered the removal of Oyinlola as PDP’s National Secretary.