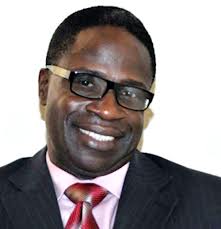 The Congress for Progressive Change, CPC, has described the crisis in the ruling People’s Democratic Party, PDP, as a sign of its imminent.

Spokesman for the CPC, Mr. Rotimi Fashakin, on Friday, said that the PDP was “a congregation of economic hitmen and women.”

He traced the problems of the PDP to its “decrepit and utterly languid foundation.”

He added, “The party is not structured on an ideological belief of using politics as a tool for economic emancipation of the Nigerian people and the nation.

“You may also look at the antecedents of its members and the common thread is that the party is a congregation Economic hit men and women that are out to feather their nests at the expense of the people.”

According to him, all problems currently facing the PDP could be traced to selfish interests.

He stated, “The internal hemorrhage of the PDP is necessary nay imperative for Nigeria and its people to have a good and clean break from the destructive politics of the party.

“They had hitherto congregated to wage a war, through the unprogressive governance of Nigeria, on the people. Let their fight go on.

“We are not surprised. Like a Yoruba proverb, it is the same bad motive that has brought them together that will scatter them.”