Two members of Parliament were among 120,000 people who demonstrated in favor of “marriage for everyone” in France. The law is expected to be debated in Parliament over the next week. 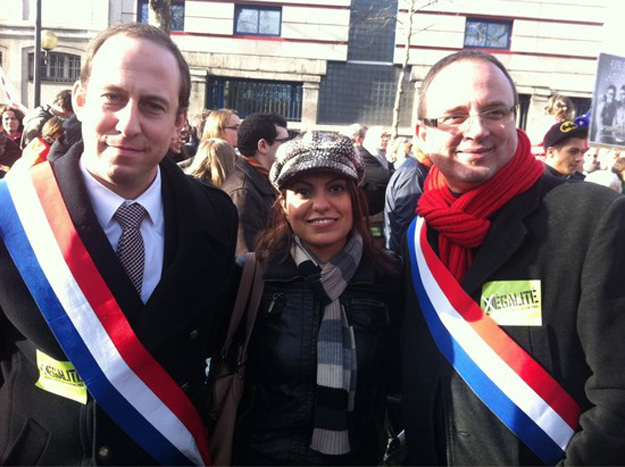 This is Nicolas Bays and Yann Galut, they are congressman for the Socialist French Party (PS)…

… And they did this because a simple gesture is sometimes louder than words.

“We’re both straight, we’re both married with children. But today, with this kiss of solidarity, we meant to stand with homosexuals as members of Parliament.”