Yesterday, subway riders around the world “debriefed” for the annual No Pants Subway Ride—a yearly prank where people ride the subway “pants-free” while keeping a straight face.

From Stockholm to Mexico City, hoards of commuters left their pride at the door & let their drawers do the walking.

In Mexico City, hundreds of people also took off all but their smalls to take part in the “No Pants Subway Ride” – just for laughs – around the world.

Young and old, men, women and children got in on the 12th annual round of the prank held once a year in 50 cities, the well-ventilated movement said on its website.

It was the third time people in Mexico City lost their trousers and skirts to partake in the underground underwear fun. 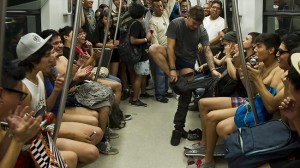 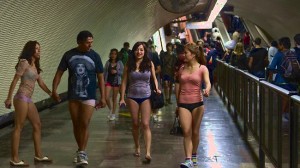 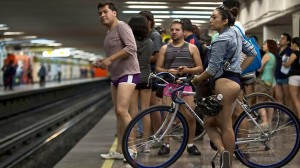 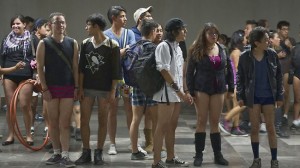 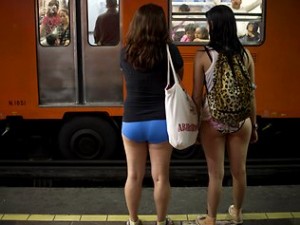 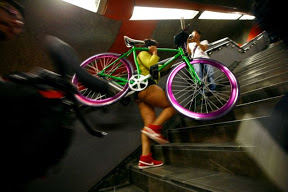 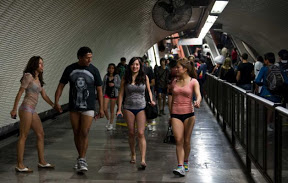