OMG spotlights the ten most sought after female celebrities in Nigeria. The list includes actresses, musicians and popular faces in the Nigerian entertainment industry.

Genevieve has grown to be one of the most sought after female celebrities in the movie industry, she’s known for her stylish and sexy outfits…she rocks always. Talking of her looks, one has to wonder what her beauty routine is like because Genevieve is always looking fabulous even after giving birth. 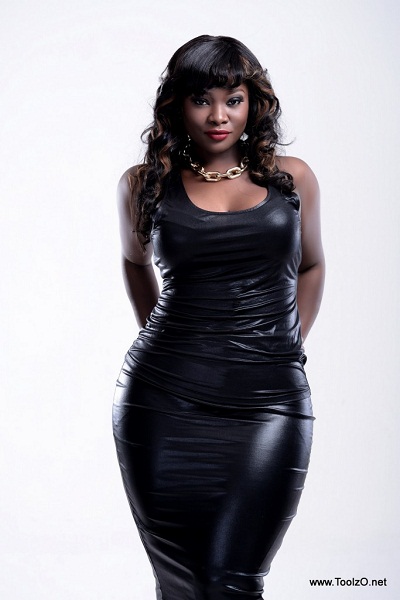 Toolz is that On Air Personality that is always rocking the airwaves with her great and seductive voice on the Beat 99.9FM, no wonder she has so many guys calling in during her shows. Her curvilinear figure is something to gasp about, in terms of her looks, poise and delivery give it to Toolz…she’s always on point.

After coming out on top in the MTN Project Fame, Chidinma went further to establish herself in the music industry after dropping hit tracks like “Jankolikoko” and “Kedike”. The petite singer has an extraordinary voice and is definitely one every man would want to have, her beauty cannot be hidden. Chidinma need not to sing before you follow her to her house.

First lady of Mavins Records, Tiwa is definitely one of the sexiest Nigerian female artiste in the entertainment industry. She is one of the most sought after female celebrities, even after recent rumours stating she is married to her manager although she debunked the story and went further to state that she is in a relationship with a “Star”.

The fast rising actress is one of the hottest and sexiest female celebrities in the movie industry. Her flimography includes guilty pleasures, home in exile, up the creek, without a paddle which stars acts like Omotola Jalade Ekeinde, Patience Ozokwor and van Vicker. She recently auditioned for the Next MTV VJ Search where she qualified for the next round.

Bhaira, the AMBO winner has gone further to demonstrate her acting prowess in the movie industry making her a name to reckon with in Nollywood. The sexy actress is always looking dazzling with beautiful, well-arched lips one men can’t seem to get enough of…she starred in movies like cindy’s note, evil genius and rebound.

Omotola is that sexy actress that defines beauty, elegance and class whenever she steps out in public even after four kids. Even though she is married, she remains one hell of a hotspot for men and the best one can do is to dream because the probability to have her in very unlikely. She recently began her reality show “the real me” on DSTV.

Chika Ike is one of the hottest babes in the movie industry, the 27 year old actress is doing well for herself. She is one of the most sought after female celebrities in the entertainment industry.

Fast rising Nollywood actress, Nuella Njubigbo who is said to be in a secret romance with Governor Rotimi Amaechi of Cross Rivers State. She remains a hotspot for men after she has been alleged to have been in a hot romance with a footballer before in Russia. Her spokeperson recently claimed the nollywood actress charges 500,000 naira per movie 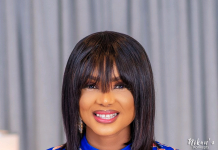