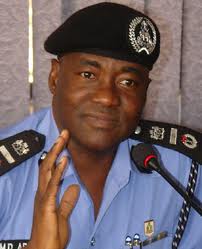 The Kano State Police Command has arrested a chieftain of the People’s Democratic Party (PDP) in the state, Alhaji Saleh Kura, over alleged killing of two lawmakers in the state.

The state Police Commissioner, Mr. Ibrahim Idris, said: “We are all aware that last year we recorded cases of assassination in the town including the killing of two members of the state House of Assembly, since then we spread our dragnet to trace and arrest the culprits.”

The police commissioner explained that “the command based on information, one Ibrahim Lawal aged 22 years of Layin Yarbawa Unguwa Uku quarters was arrested in connection with the killing of Late Honourable Danladi Isa Kademi, while during interrogation he confessed to have physically participated in the attack and shot late Honourable member.”

Addressing journalists yesterday in Kano, Idris said the suspect confessed to have joined the gang of hired killers in January 2012 with their gang leader and armourer one Abdullahi alias Mabo of Filin Kashew Unguwa Uku.

“The suspect alleged to have been sponsored for the killing of the two legislators by Alhaji Saleh Kura, aged 54 years old living at Layin Yarabawa Unguwa Uku quarters, who operates a boutique at Sabon Gari market that they bargained to assassinate the legislatures at the cost of N100, 000 of which they were given N30, 000 leaving the balance N70, 000,” he said.

The police commissioner explained that the gang leader and five other accomplice were still at large, adding that the principal suspect, Ibrahim Lawal, had confessed to convening several meetings on how to assassinate the legislators with Kura at his car park in his residence.

“The suspected sponsor, Alhaji Sale Kura, was together with late Hon. Ibrahim Abba Garko, a member of the state Assembly at the time of assassination and prayed together at Yan’Awaki before he was killed by the principal suspect and his group.”

According to him, “Investigation revealed that the name and GSM contact of Alhaji Sale Kura was found in the Ibrahim’s phone, while discovered different calls logs between the duos.”

The commissioner added that efforts is on top gear to arrest the fleeing suspect, while expressing satisfaction with the level of cooperation from the public and appealed to them to redouble their cooperation.