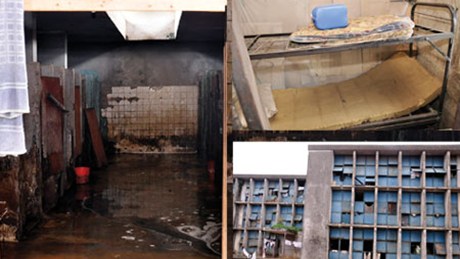 Yesterday, we reported that following the unscheduled visit of president Goodluck Jonathan to the Police College, Ikeja, a probe panel was going to be set up to investigate the rot at the nation’s foremost police training institution.

On Tuesday, the Federal Government set up an eight-man panel to investigate the rot in all the police training institutions in the country between 2009 and 2012, during which over N2 billion was released for the institutions.

The committee, headed by Mr E A Bature, Director, Special Duties, Ministry of Police Affairs, was inaugurated in Abuja on Tuesday by the Minister of Police Affairs, Navy Captain Caleb Olubolade (retd) and is expected to submit its report within a week.

The committee has among its term of reference to determine the utilisation of funds appropriated and donations received by the Nigeria Police for renovation/upgrade of the institutions in the period under review.

The committee would ascertain “if the heads of the NPF formations were regularly updating the police management on the conditions of the institutions between 2009 and 2012.”