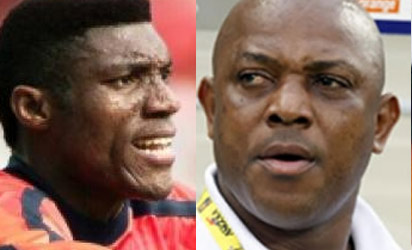 Former Super Eagles first choice goalkeeper, Peter Rufai, has disagreed with his former captain and present coach of the team, Stephen Keshi, who drew similarities between the present crop of Eagles and the 1994 African champions.

Coach Keshi had at an interview in Faro,Portugal, compared his present team to the 1994 Eagles. But in a sharp reaction to this assertion, Rufai, who manned the posts for the Eagles at what could easily pass as the most glorious year yet,for Nigerian football at both the 1994 Africa Cup of Nations and the FIFA World Cup said, “our ‘94 squad was poles apart.”

Admitting that the present Eagles parades some talented footballers, “they still cannot be compared with the team of our time.”

Apart from experience, which Rufai said comes with time, the former Deportivo La Coruna goalie said, “during our time, we played a lot of matches, our league was good and the competition for shirts in the national team was stiffer. We went through a lot to get to the national team.”

He went further to say the Eagles preparing for the Nations Cup in South Africa, were an upcoming team that need encouragement and wished them ‘goodluck’. “They need our prayers to succeed in South Africa and I wish them goodluck” he concluded.