Don Jazzy was recently in the news after being accused by popular Lagos socialite, Princewill Ojukwu, who said the Mavin boss asked thugs to beat him up on Friday, December 21, 2012 after the duo exchanged words at Don Jazzy’s nightclub PoP.

The former manager of Auto Lounge Nite Club and Don Jazzy met yesterday and settled their differences. Don Jazzy was reported to have apologized to Princewill who said Jazzy is totally forgiven.

Don Jazzy shared his photo with Princewill on Instagram. He wrote; “I don dey fine I swear.” You are not the guy whose nose is broken Jazzy, how you no go fine? 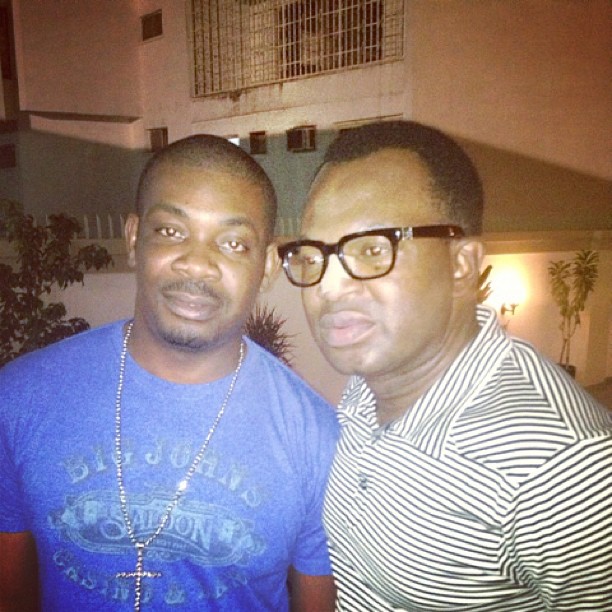