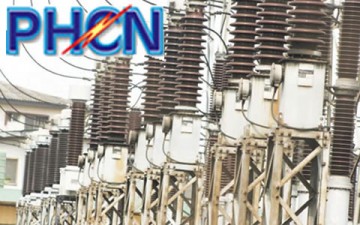 Organized Labour in the Power Sector, Monday, threatened to shut down the sector over alleged plots by government officials to subvert agreement reached with labour on terminal benefits for workers of the Power Holding Company of Nigeria, PHCN, ahead of the privatisation of the sector.

Under the aegis of the National Union of Electricity Employees, NUEE, labour condemned statements credited to some very senior government officials of the intentions of government to hand over PHCN within two weeks to core investors in completion of the privatisation process.

In a statement through its General Secretary, Joe Ajaero, NUEE, warned that any attempt by government officials to subvert the agreement reached between labour and government would be resisted, saying Nigerians should hold Government officials responsible for any breakdown of industrial peace in the Sector resulting from their high-handedness..

According to the statement; “RMedia reports are awash of Statements from very senior Government officials stating the intentions of handing over PHCN within two weeks to core investors in completion of the Privatization process. The workers irked by this statement credited to the Secretary to Government of the Federation – Chief Anyim Pius Anyim hereby advise all investors not to dare into any PHCN installation(s) in the bid to take over the facilities when the Labour issues as agreed have not been implemented. After the Agreements were reached by all the Parties involved; there seem not to be genuine efforts by the Government to implement the issues.”

“One wonders why the rush to handover, by force when the core Labour issues that stalled the process in the first instance have not been implemented? It will be daring for any investor to thinker the idea of moving into any PHCN facilities to carry out any form of activity as we can neither guarantee industrial peace nor their intent in such work environment, when the agreement which enjoyed joint authorship with the Secretary to Government of the Federation has not been implemented.

“We believe the Government should be bold enough to ensure full implementation of the Agreements before handing over to the core investors. For the avoidance of doubt the so called investors are not our employers as at today and should not be seen to be responsible for our past services to the Organization.”

The statement added that “if the Government is truly sincere in her quest to drive this Power Sector Reform Project to enviable level of success, more work should be done on ground and not much on pages of Newspapers. Any attempt to employ the NITEL and Nigeria Airways method in our situation will be stubbornly resisted. Nigerians should hold Government officials responsible for any breakdown of industrial peace in the Sector resulting from their high-handedness.”