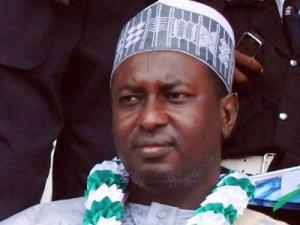 In a bid to secure a firm grip on the affairs of governance in the state, the Kaduna state governor, Mukhtar Ramalan Yero, has relieved about five key aides of the late governor, Patrick Ibrahim Yakowa, of their appointment, and replaced them with his own men.

Informationng.com gathers that the state Commissioner of Information, Saidu Adamu, made the announcement on the state-run KSMC Radio and KSTV.

They were replaced with the following, Hamza Ishaq Danmahawayi as SSG, Yahaya Aminu Chief of Staff, Ahmed Maiyaki Director General Media and Publicity to the Governor, Aliyu Samaila PPS, and Garba Madami as Political Adviser.

However, we gathered that the move by the new governor, who replaced Yakowa after he died in a chopper crash last November, was done in good faith as a step of taking full control of running the affairs of Kaduna State, and not aimed at sweeping away Yakowa’s legacy from the government.