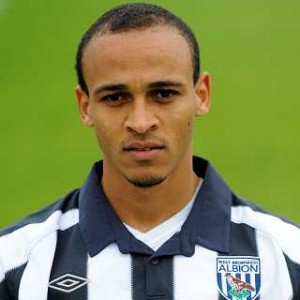 Nigeria and West Bromwich Albion striker, Peter Odemwingie, could be fined £70,000 for slamming the club.

Odemwingie is angry that his transfer request was turned down by Albion, which he views as a lack of respect.

The striker has been a subject of transfer speculation to QPR in the winter transfer window but now faces a fine of two weeks’ wages for breaching the rules of granting unauthorised interview, The Sun reports.

The 31-year-old has voiced his displeasure at Barclays English Premier League club, West Bromwich Albion for their perceived refusal to let him join Queens Park Rangers.

Odemwingie has reacted in a statement to the club’s refusal to accept his transfer request which was rejected a few days ago.

“This represents a new challenge, a new opportunity, and a chance to play under the stewardship of one of the most respected managers in the game.

“At this stage of my career, this (QPR) opportunity may not come around again.

“I’m deeply hurt and in some ways offended by the lack of reciprocal common respect from the management of West Bromwich Albion.

“I am crazy haha adviser text saying don’t tweet, it weakens our position. Doesn’t weaken nothing! When I want to do something, I do it,” he tweeted.

West Brom may have no choice as Odemwingie seems bent on forcing a transfer before the January window closes. The worst scenario however could be the club holding him to his contract if they want him to stay at all cost. 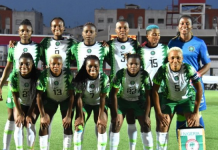