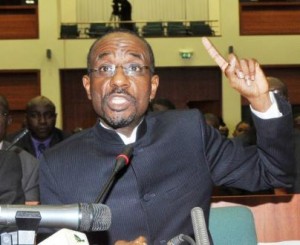 The Central Bank of Nigeria (CBN) Governor, Sanusi Lamido Sanusi’s call called on the Federal Government to ban all ethno-religious groups in Nigeria in order to reduce insecurity in the country has attracted heavy criticisms from stakeholders.

Some have described Sanusi’s assertion as irresponsible and unreasonable. Elder statesman and former National Chairman of the Peoples Democratic Party, PDP, Chief Audu Ogbeh and one-time Permanent Secretary, Ahmed Joda flayed Sanusi, noting that there are other ways to tackle poverty and insecurity in the North rather than banning religious groups.

According to Ogbeh past Northern leaders laid the foundation for a peaceful region by accommodating people of all religious beliefs. He said: “A former Sultan of Sokoto named Saddiq had a Christian Igbo cook and the late Ahmadu Bello had a Christian doctor.” He also noted that Shehu Malami, a prominent Northern Muslim cleric offered him accommodation in Abuja after he escaped assassination in 1998.

He then affirmed that the on-going ‘war’ in the Northern part of the country was a fall-out of economic failure in the region, saying that he had predicted that the situation would degenerate to the present level over a decade ago.

However, for the leader of the Afenifere, Chief Reuben Fasoranti, Sanusi’s call is a huge joke. Fasoranti said that banning the ethno-religious groups would not in any way bring the situation under control. His words: “That is a big joke. We (Afenifere) are not given to violence. We want unity and progress. He is shooting the wrong target. We want progress and improved welfare for our people. They know where the problem of insecurity is coming from. They should tackle Boko Haram. They should talk to their leaders to put their people in check. In Afenifere, we generate ideas for the society to become vibrant. We don’t preach violence.”

Also in his own reaction, the outgoing Ohanaeze Ndigbo National Secretary, Chief Nduka Eya, said that Sanusi had no point. His words: “What is wrong with Nigeria is that everybody has a solution to Nigeria’s problems. Too many cooks spoil the broth. Sanusi does not deserve our response because his comment is frivolous. How can they ban CAN, Ohanaeze, Afenifere, etc? Nobody is going to respond to the nonsense he is talking about.”