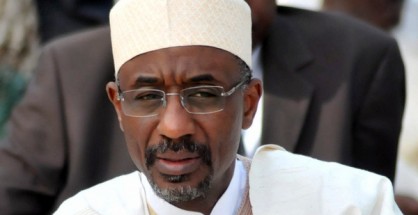 As expected, the call by Central Bank of Nigeria Governor, Sanusi Lamido Sanusi, that the Federal Government should proscribe ethno-religious groups as a way of curbing insecurity in the country,has generated terse responses fromsomeof the groups his statement was targeted at.

Sanusi, while speaking at an inter-faith dinner organized by the Northern Reawakening Forum (NRF) in Abuja, yesterday, said, “…I am opposed to regional, ethnic and religious groupings in this country. In fact, I would like the Christian Association of Nigeria (CAN), Jamatul Nasril Islam (JNI) , Afenifere and all such other groups to be banned.”

In its reaction to the statement, Afenifere called the suggestion “a huge joke.” Leader of Afenifere – a Yoruba socio-cultural group, Chief Reuben Fasoranti, described Sanusi’s call as a huge joke, adding that banning the ethno-religious groups would not in anyway help combat the wind of insecurity in the country.

Fasoranti, who bursted into a fit of laughter while expressing his opinion on the apex bank boss’ comment, said: “That is a big joke. We (Afenifere) are not given to violence. We want unity and progress. He is shooting the wrong target. We want progress and improved welfare for our people. They know where the problem of insecurity is coming from. They should tackle Boko Haram. They should talk to their leaders to put their people in check. In Afenifere, we generate ideas for the society to become vibrant. We don’t preach violence.”

Christian Association of Nigeria, CAN, was even more blunt in its own reaction as it accused the CBN governor of making “controversial pronouncements” at a time “when Christians are being killed and churches burnt.” Making this view known, Secretary-General of CAN, Rev Musa Asake, declared that “CAN and JNI have come to stay” adding that the 1999 constitution guaranteed freedom of association and “Sanusi cannot just wake up and call on anybody to proscribe it.”

The National Publicity Secretary, Arewa Consultative Forum, ACF, Anthony Sani, picked holes in Sanusi’s call saying banning ethno-religious groups would do more harm than good to the country. According to Sani, “The existence of different regional and religious fora are not as divisive as posited by Mallam Sanusi Lamido Sanusi; precisely because they have overlapping interests whose countervailing forces reinforce the unity of the country. So, their place in the order of things is to advance the cause of national solidarity through relative pluralism and not to promote insular particularism that cannot fit into their place in the order of things. This is because it is easier to bring the people together through such groups and help them unleash their synergy by living up their collective challenges for public good, rather than to allow ‘toyour tent O Israel’ to prevail which is capable of inspiring ethnic nationalism that is not helpful.”

More condemning of Sanusi’s remarks was the Oodua Peoples Congress which labelled the CBN governor an ‘autocrat’ and prayed that he never becomes “the leader of this nation.”

Founder of the militia group which is based in the south-west, Dr Frederick Fasehun, said: “When democracy is failing, autocracy comes in and we all know that the Governor of the CBN is an autocrat. So, let us all go on our knees and pray to God that he does not come as the leader of this nation,” he said.

In the same vein, OPC National Coordinator, Otunba Gani Adams, accused the CBN Governor of nursing a hidden agenda for making such calls.
“He is becoming too controversial nowadays because I don’t know what concerns Sanusi with religious bodies and pressure groups. As the CBN governor, his role is to discuss the economy and the financial state of the country. To say CAN, JNI and other pressure groups should be banned shows he has a hidden agenda. Any reasonable person should be careful in delving into religious affairs because it can cause crisis that can consume any country,” he noted.