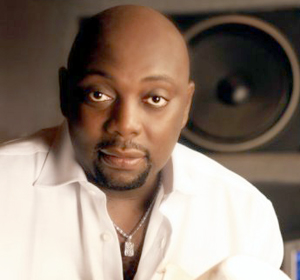 Nollywood actor and former president of the Actors Guild of Nigeria, Segun Arinze, and his family, were featured on the front cover of a style magazine recently and most blogs published it.

Some readers made unsavoury comments about the actor’s wife as well as his looks which for a long time, have remained the butt of rude jokes – particularly his seeming large eyeballs.

But this time, the ‘black arrow’ star will not roll over and let the subliminals hurled at himself and his wife pass, without a response.

The response below is a text message from the star actor yesterday evening to popular blogger, Linda Ikeji, which she published on her blog and informationng.com culled it.

I want to thank you for having such a wonderful blog. Having said that, I want to say despite the fact that we have freedom of expression doesn’t give people the liberty to be reckless with words without verifying facts first.

See the rest below the photo 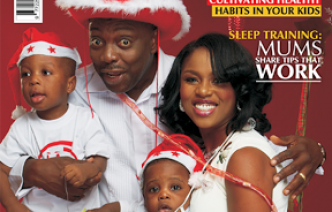 Someone said my wife cut across as someone rude. That’s a big lie! She’s the most courteous person you can think of. Sometimes people like to take the piss.

Now my full names are Segun Aina Padonou. My father, though late, was Yoruba from Badagry. My mum is Ibo. Arinze is the Ibo name given to me by my mum. So I used it as Pseudonym. That’s why you have Segun Arinze.

And as at the last time I looked in the mirror, I didn’t see any ugly Segun. No human has a right to call another ugly because you ain’t God. You can’t give life so don’t curse or swear. Once again thanks Linda.