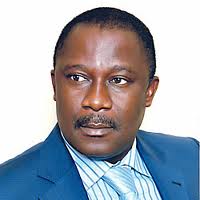 The Chairman, senate Committee on the FCT, Senator Smart Adeyemi, has called for the establishment of a new anti-corruption agency to monitor the financial activities of political office holders across the country.

Senator Adeyemi, who made the call in an interview with the News Agency of Nigeria, noted that “corruption is the key problem in the sense that in Nigeria, there’s a kind of institutionalised corruption in the system’’. He said the persistent looting of state resources by unscrupulous public officers made it difficult to solve the problem of unemployment in the country.

“When I say politicians, I mean politicians across the country; from the federal legislators to the state legislators, to the governors, to the presidency and to everybody… So, let there be an agency that will be independent of the politicians themselves… We still need stiffer penalties against corruption in Nigeria. And I believe that we need more than two agencies to combat corruption. We need more than the EFCC and the ICPC.’’