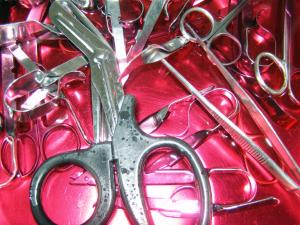 A few German surgeons have been accused of the ultimate malpractice—leaving up to 16 objects in a prostate cancer patient’s body after operating.

Unfortunately, the 77-year-old ex-banker died last year, and now his family wants €80,000 ($106,216) in damages for costs & his suffering from Hannover’s Henriettenstift hospital.

However, Achim Balkhoff, spokesman for the organization that runs the hospital, rejected the claims, stating the equipment in question wasn’t in use at the hospital.