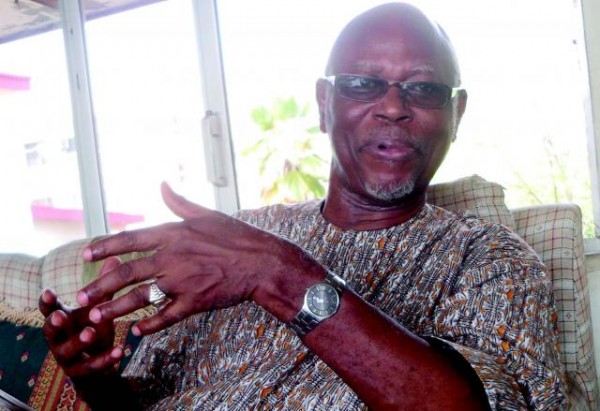 Former Governor of Edo State and running mate to Malam Ibrahim Shekarau in the last presidential elections, Chief John Odigie Oyegun, in this interview culled from the VANGUARD, speaks on a range of burning national issues including the activities of Boko Haram and the role of northern elders.

On former Commissioner of Police, Abubakar Tsav’s allegation that Southern leaders were trumpeting the breakup of the country because a southerner is at the helm of affairs of the country.

I am not aware of any Southern leader trumpeting the breaking up of the country. But as a matter of fact, the truth I must say,  is the opposite. With the kind of civil strife going on today in the North, there cannot be any other objective except to break up the country. What is going on in the North is unacceptable. The concept of suicide bombing is unacceptable to me as a Southerner and I insist that it is just crazy, I don’t know where it is coming from, I cannot understand what will make anybody bomb innocent people in churches and also in the market place. I don’t  understand that.

So, if they cannot put their house in order, and as a result there is a threat to the corporate existence of the nation, they should look inward for the causes of the strife that is going on. But it is clear that this is not in our culture and founding of the Nigerian nation, why, this suicide bombing, killing people who are worshipping their God. Why? It is just insanity. So, they should look inward and not point accusing fingers at the South. When we had conflict in the Niger Delta, the purpose was clear.

It was to send a message to say, look, we  are being marginalized; resources are being taken from our environment and the environment is being decremented, please we need attention, we need help. And finally it was even a northern president who saw the injustice of what was going on and constructed what we now call the amnesty programme. The purpose of that was very clear, what is the purpose of the civil strife and the murderous attitude among the so-called Boko- Haram in the North. It is difficult to understand, so, they should look inward, they should not look for solutions where they do not exist.

The year 2014 will mark 100 years of the amalgamation of the South with the North by Lord Fredrick Lugard. Is there a basis for sustaining the union today?

Well, I think there is. There is nothing like a large nation, there is nothing like the population we have, there is this reality that close to 100 years, have worked relatively smoothly together and of course, the struggle for power is always there and it is when there is struggle for power that we remember where we come from and the rest of it. I pray that we can stay as a nation because our impact in the international arena will be much better the way we are and I don’t think there are traces here that will call to question the fundamentals of the amalgamation which took place long ago, which again was for economic reasons and those economic reasons still exist up to today.

I hope we stay as one, but if we can’t at the end of the day after all in the whole world now, we have begun to have nation states all over the place; Belgium; Slovakia, Czech, all in peaceful separation. I hope and sincerely pray that it does not come to that.