Popular blogger, Linda Ikeji and Nollywood self-styled bad boy, Jim Iyke, have started the new year on a bickering note again.Informationng.com reports that last year, the duo had a couple of hot exchanges over a misunderstanding on some blog posts – although, Jim Iyke later realized his mistake and apologized and we all heaved a sigh of relief.

Yesterday, Linda posted a topless photo of Jim Iyke with the caption ‘Jim Iyke Shows Off Six Pack’ and added the following underneath, ‘Every time I write about this dude he comes after me on Twitter, but I must do my job na…lol. Nice body’ she wrote.

And true to her premonition, the actor has hit back at her on Twitter. Apparently Jim wasn’t happy with some of the comments Linda’s post elicited. 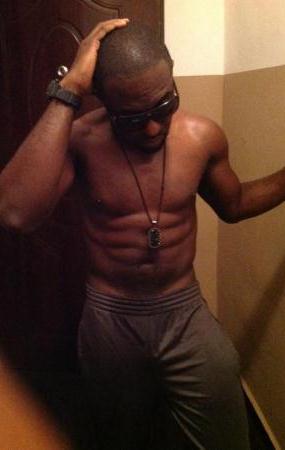