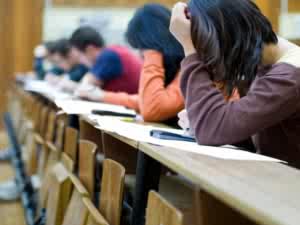 A large number of Belgium’s future secondary school teachers struggle with basic concepts of geography, politics and history, a study published on Wednesday has shown.

Among final year teaching students involved in the study, one in three could not identify the United States on a map and almost half did not know where the Pacific Ocean was.

Shown a picture of Mao Zedong, two in three could not recognize the Chinese Communist leader, with the most common response being that it was the late North Korean leader Kim Jong-il. Could it be because Asians look alike, or they’re just ignorant?

The test, which asked 114 multiple choice questions, was carried out because students often showed gaps in their general knowledge, the researchers conducting the test said.

“Nobody is completely taken aback by the results,” Erik De Winter of the Limburg Catholic University College said.

When asked which political ideology stood for the redistribution of wealth, higher taxes and state involvement only one in two answered socialism.

Students who followed the news and read newspapers scored better in the test than those who said they did not, De Winter said. He added the college would now carry out further research to see how the situation could be improved.

The Flemish education ministry said it was already rethinking the training of its future teachers and would, if necessary, make adjustments by summer 2013. [Reuters]