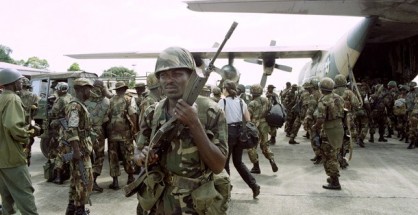 Two soldiers were killed and five others injured Saturday in an explosion in Okene city in Kogi state, an army spokesman said, adding that they were part of the contingent set to be deployed to Mali.

“We lost two soldiers while five others were wounded when the IED (improvised explosive device) planted on their route went off and hit their convoy,” Major General Bola Koleoso is quoted as saying.

Koleoso said that the soldiers were among the troops being prepared for deployment in Mali as part of an African force to help the country retake its Islamist-controlled north.

“They are soldiers scheduled to go to Mali. We are preparing them ahead of their deployment to Mali,” he said without giving further details.

He did not however say if the attack, which he said was the handiwork of suspected Boko Haram Islamists, targeted specifically the troops being prepared for the Mali mission.