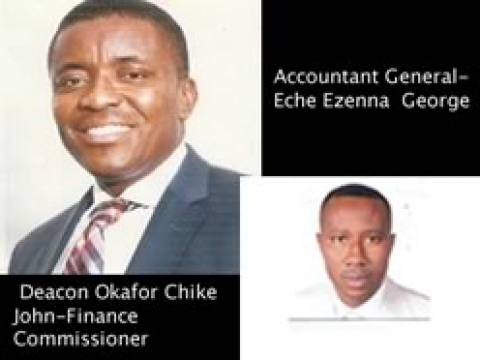 Two officials of the Imo state government have been arrested by the Economic and Financial Crimes Commission, EFCC, for fraud-related charges.

The affected officials are are the state Commissioner of Finance, Deacon Okafor Chike John and the Accountant-General of the state, Eche Ezenna George. The duo were picked up in Owerri, the Imo State capital and flown to Abuja for further interrogation by EFCC operatives.

The two officials are presently been quizzed in the Abuja office of the EFCC.

Their arrest is linked to the operations of the state joint account with the local governments as well as the financial records of the state under former governor,  Ikedi Ohakhim.

Spokesman for the EFCC, Mr. Wilson Uwujaren confirmed their arrest but did not give details. He said: “The officials have been arrested and it is possible that they are being detained here in Abuja. But I don’t have the details.”