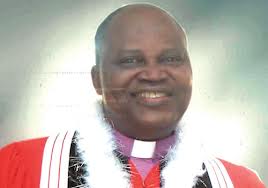 If prophesies coming from spiritual leaders in the country are anything to go by, the series of tragedies witnessed in the country in the just concluded year, particularly among the political class, might not have come to an end. Precisely, there may not be respite yet for state governors and top political office holders.

According to the predictions of the founder of the Evangelical Church of YAWEH, Lagos, Primate Theophilus Olabayo, the much anticipated general elections of 2015 may also not hold. Olabayo, who spoke with Sunday Tribune in an exclusive interview, had many heart-rending predictions for people of the country.

The cleric says two governors would not see the end of 2013, declaring that; “this year, we have to pray so that we may not lose two governors because what happened last year was a shadow of what is going to happen this year.”

Olabayo added that the president and governors should forget about re-election in the next general election. Answering a question on the anticipated commencement of preparations for the 2015 elections this year, Olabayo said; “please, let us forget about the 2015 elections for now… Are the people who are talking about that all-important year sure they would live up to that time? What I foresee about 2015 is trouble and anarchy in the land and the political gladiators would undo themselves… They would use ill-gotten money to destroy themselves. They would also resort to fetish things and occultism to kill themselves.

“But we should all pray in this country so that we may not lose two state governors. Generally, I saw that among the politicians, there is going to be a lot of killings; of people who are in higher positions.”