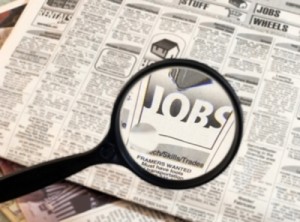 It is feared that hundreds of thousands of working Nigerians may soon be sent back into the labour market, if information emerging from the cement manufacturing sub-sector are anything to go by. It has been revealed that more cement manufacturers are scaling down production and significantly reducing their capacity as a result of the glut of cement in the country.

According to the Nigerian Tribune, this may not be unconnected to a recent World Bank and International Finance Corporation ranking that Nigeria has failed to improve in its Ease of Doing Business Survey.

Already, the Dangote Gboko Plant has been shut down and with the reduction in capacity in Larfarge Ewekoro Plant, more workers would very much likely be asked to go. According to a statement from the Dangote Group, its four million metric tonnes Gboko plant that employed thousands in direct and indirect labour may remain shut, owing to glutted market and warehouses caused by the importation of cement into the country.

In a similar development, 50 per cent of Lafarge’s Shagamu plant had been shut down due to the same reason. Lafarge factories had excess cement and clinker inventory at their plants of about 300,000 metric tons, which cannot be absorbed by the Nigerian market, a statement said.