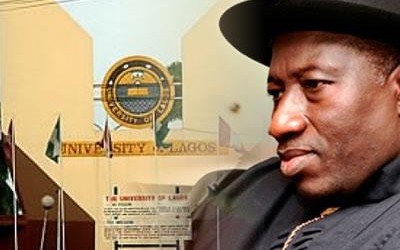 The University of Lagos, UNILAG, has finally set new dates for its convocation which was earlier scheduled to hold 17, 18, 19 of January but was postponed for inexplicable reasons.

The Deputy Registrar Information of UNILAG, Mr. Oluwatoyin Adebule, while confirming the new dates, debunked insinuations that President Goodluck Jonathan’s refusal to recognize the institution was the reason for the shift in dates.

“Yes, it is true that the convocation that was postponed last week would now hold in February. But I’m sure that President Goodluck Jonathan has not, at any point in time, worked against UNILAG because this institution is his baby,” he said.

A statement by the University communicating the new dates read, “Authorities of the University of Lagos wish to inform all graduating students, parents/guardians and other stakeholders that the Golden Jubilee Convocation Ceremonies earlier scheduled to hold at the normal convocation period of January 17, 18 and 19 2013 will now hold on Thursday, February 7; Friday, February 8 and Saturday, February 9, 2013.”