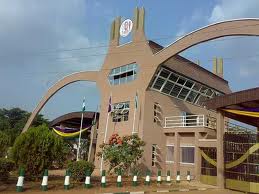 Isaiah Ibeh, the Dean of the School of Basic Medical Science of the University, said in Benin that the herbal drug has undergone “series of successful tests”.

“We are at the threshold of making history, in the sense that we seem to have with us something that will permanently take care of what over time seems to have defied all solutions.

“We are talking about the latest discovery of an oral drug made from plants extraction in Nigeria for the possible cure of the pandemic, HIV and AIDS virus,” he said.

Mr. Ibeh said research on the project started in 2010 and culminated in the development of “Deconcotion X (DX)–Liquid or Bioclean 11 for the cure of HIV and AIDS”.

He said that while the existing retroviral drugs are intervention drugs for the management of AIDS, the new discovery is a possible cure.

“We have tried to look at the product first; its toxicological analysis and discovered that it has a large safety margin. This means that if animals or human beings are exposed to it, they will not suffer any serious harm at all from the exposure.

“It also helped us to know the quantity we can conveniently give to animals and will feel secure that nothing untoward will happen. We have also done the bacteriological analysis on it, after which we looked at its effect on the virus and the result was quite revealing and refreshing.”

Mr. Ibeh also said that the drug had been exposed to series of medical examination both in Nigeria and in the USA.

He added that the drug had performed well on patients with the HIV virus and had shown evidence of total restoration of damaged tissues.

“The result showed an increase in the body weight of the individual administered with DX,” he said. “The body weight was statistically significant when compared with the control group.”

He said that further tests were being conducted to determine the point at which “a patient becomes negative after being administered the drug?”

“This verification is necessary because it is what is used to measure whether infection is still there or not. So we need to know the siro-convention time.

“But preliminary results showed that of the five latest patients orally administered with the drugs, our findings is that up to seven months , three of them were siro negative while two were sill faintly positive,” he said.

Mr. Ibeh appealed for support from the Federal Government and relevant bodies to assist the university with relevant equipment to sustain the research.