Home General News World news We will strike at the heart of France – Terrorist Group Based...
Facebook
Twitter
WhatsApp 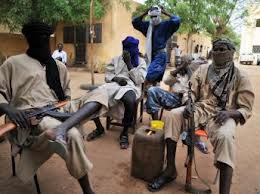 A terrorists group based in northern Mali has vowed to avenge France’s fierce military offensive against them on French soil.

According to a leader of the Movement for Oneness and Jihad in West Africa (MUJAO), an offshoot of Al Qaeda in the Islamic Maghreb (AQIM), “France has attacked Islam. We will strike at the heart of France… Everywhere; In Bamako, in Africa and in Europe,” Abou Dardar told AFP by telephone, when asked where they would strike.

Meanwhile, authorities in France were already on high alert over fears of a backlash on home soil by Islamist extremists. The MUJAO official also referred to France’s eight hostages held in the Sahel region: “We will make a statement on the hostages today. From today all the mujahedeen are together.”

Recently, the French offensive has blocked the advance of Islamist forces towards the capital Bamako from their bases in the north which they have controlled since last April. On Sunday, French Rafale fighter planes struck bases used by Al-Qaeda-linked fighters in Gao, the main city in northern Mali, and Kidal. Sixty Islamists were killed in Gao alone on Sunday, according to residents and a regional security force.