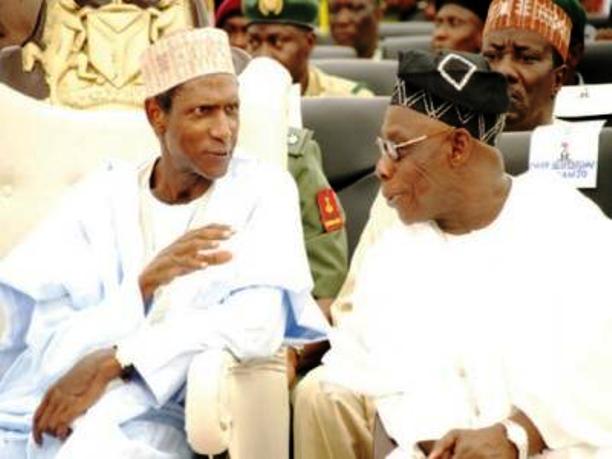 A central issue in the quest for Nigeria’s greatness is leadership selection. Some 2,400 years ago, the great philosopher, Plato, argued that “As a just and healthy person is governed by knowledge and reason, a just society must be under the control of society’s most cultivated and best informed minds, its ‘lovers of wisdom’.” I have chosen to share the thoughts of our two presidents to encourage a debate on the matter, especially given the pervasive indifference or downright loathsomeness to matters of politics and governance by the so-called ‘lovers of wisdom’. I served Nigeria under two presidents. This piece is not part of ‘the book’ on presidential governance.

The date was Friday, March 17, 2006. At the morning prayer session with President Olusegun Obasanjo at the ‘red carpet’ in the villa, I raised a special prayer point and asked the congregation to pray for the new governor of my state Anambra, Peter Obi (who was on his way from Abuja to Awka to be sworn in same day), as well as for Anambra State so that Obi’s regime may mark an end to the brigandage and misrule in the state. We were all upstanding.

The president cut in, and pointing in my direction remarked: “We shall pray as you have requested but the problem with you people from Anambra is that those of you who have something to offer shy away from politics and hooligans have taken over your state”. To the best of my recollection, that was the only prayer point during the four years of daily devotion that received a commentary. ‘Baba’, as we fondly call him was basically telling us to ‘get involved or stop complaining’. Periodically, the three of us from Anambra who were regular members of the prayer group (Oby Ezekwesili, Rev.William Okoye and I) had cause to brainstorm on the challenges and limitations of participation in politics especially by those of us who were ‘technocrats’. While we were obsessed with ‘good governance’, we had little interest in the process of acquiring power.

After leaving office as governor of the central bank, I was in London when twice in June 2009 I received calls from Alhaji Mangal to the effect that President Umaru Musa Yar’Adua wanted to see me anytime I was in Nigeria. I returned with my family late July and on Sunday, July 26, I received a call that the president wanted to see me by 9:30pm. After a few banter, he asked what I was doing abroad. As I explained the three offers I was considering, he was shaking his head. “Well,” he started, “It is not because you are here, but I have said this several times to you. Given your age, skills, and your accomplishments for our economy and financial system, it would be a waste for you not to continue to be involved in Nigeria’s public service… For example, there is going to be an election in your state early next year and I want to strongly urge you to show interest… You know that your state has been unfortunate with leadership, and our party has been in crisis there…”

At that point, my heart beat was racing. Before I left office, many people from Anambra had suggested that I should run for governor but it did not make any sense to me and my family. As I began my response, Yar’Adua cut in and suggested that I did not need to respond immediately but instead that I should go home and ‘consult’ with some of the political leaders in the state. He then raised his two thumbs and assured that “If you accept to do this, I will come out fully to make sure that you get there”. If he had allowed me to respond immediately, the answer would have been an unambiguous ‘NO’. I thanked him and left.

On getting home, my wife was curious. I summarized what the president said, and she asked: “So what was your response?: I told her the president would not let me respond but asked that I go and ‘consult’. “Then go back tomorrow and tell him that you have finished consulting and that the answer is No”, she ruled. I pleaded with her that we should at least give some time, out of respect, before reporting our decision. I confided in a few people and sought their advice. Within a week, the ‘rumours’ were everywhere. In the meantime, Yar’Adua also told a few people of his plans for Anambra and how he wanted to ‘use Soludo to make Anambra a model state’. He specifically requested Chief Tony Anenih to help him make it happen. My wife and I came under inestimable pressure — ‘to go and serve our people’. Some even said it was a ‘divine call to serve’, etc. My wife loathes politics and can’t stand it.

On August 12, 2009, I gave Yar’Adua the ‘preliminary report’ on my consultations. To enable me take a decision, I presented the challenges and threats to his proposal to which he laid out solutions. I told him that after three offices at the Federal Government (as chief economic adviser, de facto Minister of National Planning; and governor of the central bank) I believed I had had my day on duty as far as government was concerned and wanted to return to the international community, academia and private sector. The only reason another public office would make sense to me in the circumstance was if I believed I could really make a fundamental difference.

If I would contest, my vision was to transform Anambra’s economy such that after eight years, it would no longer need federation account allocation for recurrent expenditures but would devote 100% of it to capital budget. Consequently, I requested eight things the Federal Government would do to enable me quickly transform the state into an international city, including: an airport; modern seaport for Onitsha and dredging of River Niger to enable medium-sized ship to come to Onitsha; dualisation of Anambra- Kogi road to speed up commerce between the North and Anambra; Anambra as a special line item for Ecological Fund as one third of its land mass was under threat by erosion; completion of the greater Onitsha water scheme; inclusion of Anambra as an oil producing state; Anambra as one of the pilot states for the large scale commercial agricultural scheme; and speeding up the second Niger bridge. Surprisingly, Yar’Adua accepted all of them at the meeting that lasted 76 minutes.

We agreed that the agenda of transforming Anambra would require full eight years of working 24 hours a day. He was happy and said that if he could have two states per geopolitical zone that would become ‘models’, he would have succeeded as president. I then requested another four weeks to undertake ‘extensive consultations’ and report back early September.

In the meantime, while the ‘consultation’ was to proceed, the Peoples Democratic Party (PDP) announced a sudden timetable to collect and return an expression of interest form. I was advised to pick the form — almost akin to jumping into the river while still unsure whether or not to swim. Yar’Adua fell ill and travelled to Saudi Arabia. Conspiracy theorists took over and I saw treachery, intrigues, blackmail and mischief at their most banal forms. Propaganda was hatched and effectively marketed that “Soludo is not contesting for governor; he is preparing to contest for president in 2015”.

I was shocked to the marrow about the wicked plot. Of course, the game plan was to put me on a collision course with all those with an eye on the presidency. It worked. The more I tried to explain that I was drafted into the race by President Yar’Adua, the worse my case became because, as I learnt much later, it was interpreted that since Yar’Adua was the one who asked me to run, it meant that he was grooming a successor. In my various positions at the Federal Government, I survived hundreds of evil plots, but this was a different baptism of fire. Yar’Adua never returned and with an electoral body then that literally determined which candidate to ‘return’ or ‘deliver’, the rest, they say, is history! This is subject of a book project.

To be honest, I remain grateful to God and to those who supported and opposed me, for the lifetime experience. I tell my friends that what I learnt in the last five years about human nature is priceless.

To some readers, the foregoing might appear discouraging. Most professionals or so-called technocrats are scared of being ‘rubbished’ by politicians, or fear that politics is so dirty that it is not meant for ‘decent people’. At a recent church event in a neighbouring state to mine, one of the officiating bishops pulled me aside and pleaded with me: “I beg you in the name of God, please leave politics. You are too decent for that”. An elder statesman and my mentor once advised that “God did not create you a politician: He created you an economist. Please leave those people”.

There lies the dilemma for our country. Chinua Achebe was quoted as saying that on matters of leadership, Nigeria is a country that goes for a football match with its 10th Eleven. When Achebe joined the PRP in early 1980s, many people wondered what he was doing with ‘politicians’. Most people believe that Nigeria can only be transformed if a critical mass of capable people take charge at all levels of governance. How would such people emerge without going through the political process? Power, they say, is not given; it is taken! Under a democracy, the electorate can only choose their leaders from among the candidates contesting elections. If Lagos State Governor Babtunde Fashola (a cerebral and successful Senior Advocate of Nigeria) did not go through the political process as a ‘politician’, perhaps Lagos would have missed the on-going transformation.

Yes, the system is very rough indeed, and the admission fee for new entrants (without godfathers) is too high. If you are not careful, the crude Nigerian system can destroy you if you are seen as a threat. Is the solution then to shy away and complain in our bedrooms? Now that Prof. Attahiru Jega and the new INEC are restoring confidence in the electoral system that votes count, is it time then for all those who have anything to offer to stand up? Surely I understand the enormous cost that very busy professionals bear by abandoning the glassy offices and certainty of office and income to dabble into the shark-infested waters of politics. Not everyone can or should be in politics. But in an underdeveloped country such as ours, the potential marginal contribution of one skilled professional is many times that of his counterpart in advanced societies.

Thus, the society loses greatly for every one knowledgeable person who stands akimbo as the duty of development beckons. As I ponder these issues myself, I can only surmise that the import of what Obasanjo and Yar’Adua told me is a reminder to us of the eternal wisdom of Plato that “the penalty good men pay for indifference to public affairs is to be ruled by evil men”.