Home Metro News Whatever Your Grouse Is With President Jonathan, Treat Him With Civility And...
Facebook
Twitter
WhatsApp 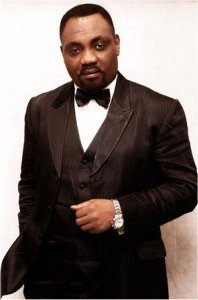 Daniel Wilson needs no inroduction except you were probably born in the mid-nineties because back in the day, Mr. Ragamuffin as he was fondly called, was a prominent Nigerian raggae artiste who introduced his brand of ragamuffin music to Nigeria.

But he is not in the news today because he has released a new album or joined politics but for his call on Nigerians to treat the person of President Goodluck Jonathan with ‘civility and respect.’

President Goodluck Jonathan is Commander in Chief of the armed forces of the Federal Republic of Nigeria, beyond his persona; he is the symbol of the Nigerian state. He is the embodiment of all our yearnings and aspirations.

I believe that whatever your quarrel is with our president’s speech pattern, however disagreeable you find his policies, to whatever extent you feel aggrieved by his leadership, and however incompetent you find his entourage, see to it that you articulate your sentiments and present your argument with civility and respect, and do so with the passion of someone whose love of country is greater than the resentment of its president.

And dare to go the second mile by letting that same love of our country give you the moral fortitude to defend the image of our president against those who wish to tarnish it more than correct his shortcomings, even if you can’t defend his policies. And if you find this hard to do, remember that it is only hard because it is the right thing to do.