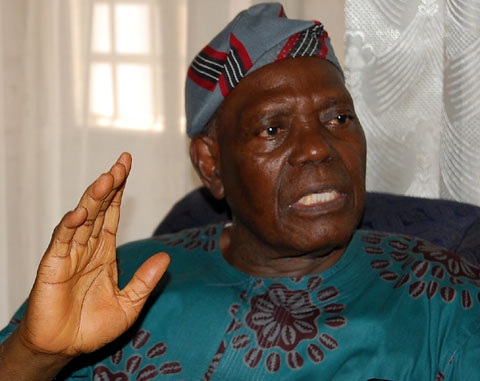 One time governor of Osun state, Chief Adebisi Akande, Wednesday, adduced reasons on his inability to swear by the Holy Quran at his swearing-in ceremony as governor of the state on May 29, 1999 in Osogbo, the state capital.

Akande, while clearing the air on the issue at  his country home, Ila-Oragun, during activities marking his 74th birthday, dismissed the speculation that he was a cultist.

Chief Akande, who is now Chairman of the Action Congress of Nigeria, ACN, in his remark entitled: “An Award of Excellence: Ten Years in Arrears,” after he was presented with award of excellence as a ‘Pace Setter’ by the Nigerian Institute of Public Relations, NIPR, Osun State chapter,  said he couldn’t swear by any of the holy books then because he was not pure to do so.

According to him: “At the time (May 29, 1999), I stood before the Chief Judge of Osun State for swearing to the oaths, I had farted several times, I had to take my oaths by affirmation which has been the popular practice in most civilised world.

“Since then, the ignorant perception became created among certain people that my mode of dress and style of swearing by affirmation, was dictated by my membership of a powerful secret court.

“Despite many explanations through media interviews, this wrong perception persists among numerous ignorant members of our communities in Osun and beyond.

“I am a devout Muslim and till today, in my life, God knows that I have never belonged to any secret society” he reiterated.