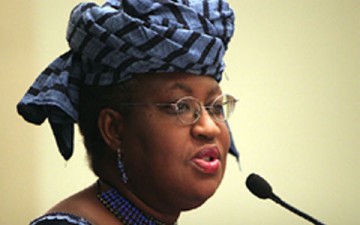 The Coordinating Minister for the Economy and Minister of Finance, Dr Ngozi Okonjo-Iweala has explained why the subsidy account is empty.

Addressing journalists in Abuja on Tuesday, the minister said her ministry had made the N161.6 billion supplementary budget for subsidy payments which had been approved by the National Assembly available to the Central Bank of Nigeria since December 31, 2012.

The minister noted that the process of converting the money from dollar to naira doesn’t normally take long.

“If there is already money in the domestic excess crude account to honour it they get it immediately. Sometimes you have to shift money from one account to the other,” she told journalists.

She explained that if the money is in the dollar equivalent of the excess crude account, the government will have to shift it to the domestic and that means it has to be converted into naira by the central bank.

“We have to authenticate the amount and this process normally takes five days and a week between the central bank and ministry of finance to accomplish. The central bank is very strict by trying to have all the documentation.”

“The process is on, the money has been released and is being converted into naira by the central bank and I don’t think there is any issue with this.

“Presently, the money has been credited to the account now by the Accountant General of the Federation. The conversion is being done and marketers who said they have not been able to access should go now to get their money. It is not something that takes some months,” she said.

On payments to marketers, Okonjo-Iweala confirmed that payments totaling N94 billion have been verified for 23 marketers who will be paid in the next few days.