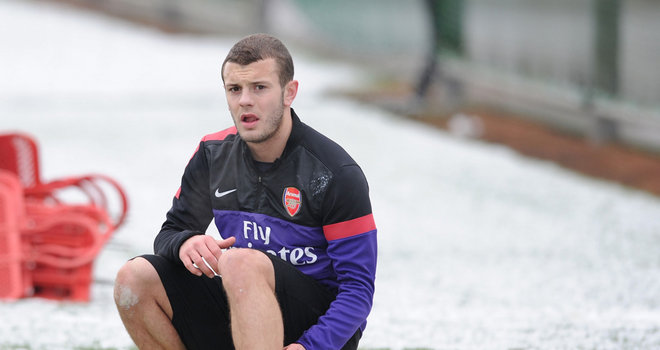 Speaking about Wilshere’s future, Wenger told Arsenal Player: “Let’s not set any limitations. What is important is the day he will have made his career and thinks, ‘I have been as good as I could have hoped to be’.

“I have managed many great players in my life, the one common thing in their career is that they always wanted to improve. Every day they had 100% focus, they had that basic attitude right.”

Wilshere, who has been at the north London club since the age of nine, made his first team debut five years ago, and the Arsenal manager said as long as he enjoys the game he will continue to progress.

“You want a player of such a young age to give him time as well. I believe the most important thing is that he has talent and loves football. As long as he loves football, he will improve,” he said.

“Let’s keep that kind of important ingredient in the development of a player right, and not make them feel that they have nothing to grow for.”

Wenger added: “In England the way to protect the players is to just let them develop naturally and not put too much pressure on them.

“Here, the expectation level is so high individually on players that they are not in a normal development, sometimes there is so much focus on them that I feel it is a handicap.”

Wenger accepts there will come a point when Wilshere, who missed the whole of last year with knee and ankle problems, will need a break.

He said: “At the moment I don’t think he is overloaded because he just came back very recently, and you get the feeling he gets stronger.

“We have a good approach taking the physical analysis and statistical analysis between what the player feels and what the medical department thinks, and you have to come to a conclusion on that.

“At the moment, all these three are positives, so I don’t think I will rest him immediately, but it will happen.”