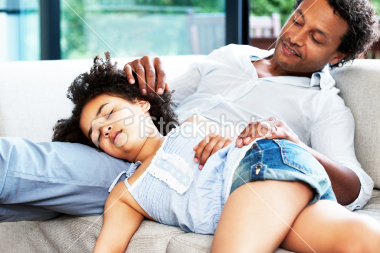 A Grade Seven pupil was allegedly victimised at Marlborough Primary School following claims that she was being s^xually abused by her father.

Allegations of victimisation started after an unknown person placed a letter on her teacher’s desk on October 6 last year, containing the s^xual abuse claims.

In a letter of complaint to the Ministry of Education, Sport, Arts and Culture, the girl’s parents said the teacher assaulted their child on several occasions in front of classmates demanding to know why she was having s^x with her father. They also claimed that the 12-year-old girl was paraded and humiliated in front of other pupils.

“The contents of the letter stated that our child was being s^xually assaulted by her father. The offensive letter was read in front of the class. She was thoroughly beaten by her teacher who was using a hosepipe,” said the parents.

They said the teacher, who cannot be named for legal reasons, suspected that the girl had written the letter and placed it on the table. After the incident, the teacher would allegedly instruct other pupils to humiliate her. Fearing further victimisation, the child started refusing to go to school.

The parents claimed that on October 11 2012 another letter was again placed on the teacher’s table, leading to further abuse of the pupil. The parents said the school head, a Mrs Kabasa, promised to launch investigations into the matter.

Two more letters with similar allegations were placed on the teacher’s table on January 8 and 9 2013. On January 9, the parents said, her teacher allegedly chased her out of class and she spent the day sitting outside the head’s office.

The head allegedly summoned the parents to the school claiming that the child had admitted that she was the author of the letters and had admitted sleeping with her father.

However, the handwriting on all letters was not hers. Kabasa then reported the matter to the police. The police allegedly forced the father to go for two HIV tests in January this year.

Documents seen by Standard community attached to the letter of complaint sent to the Education ministry show that he tested negative. The father said at one point, relations with his wife deteriorated to such a point that she would deny him his conjugal rights because of the allegations.

“It was only after a doctor examined our daughter and confirmed that nothing had happened to her that I saw signs of trust returning between us. Anyone would have believed the claims because there was a time when we did not have a maid and I would take time off from work to be with the kids when my wife went to work,” he said.

An officer at Marlborough police station confirmed the station received a report from the school and from the child’s father.

Kabasa last week refused to comment, referring questions to the Ministry of Education. Acting Harare provincial education director, Edward Shumba also confirmed receiving the report. He said he would only have full details of what transpired once a team he dispatched to investigate gave him feedback.