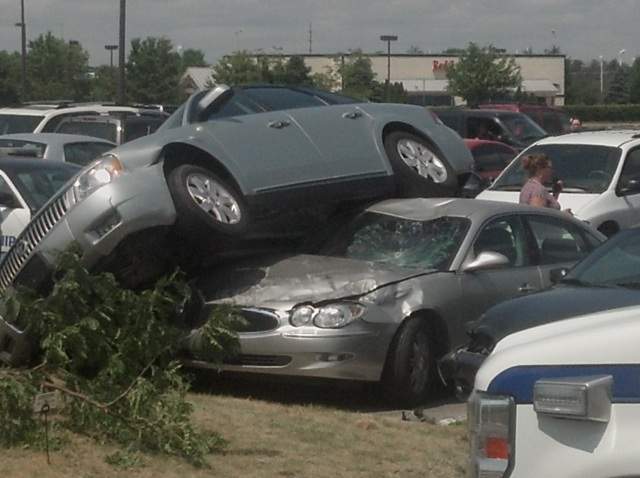 What happens when you leave a 13-year-old girl alone in a car with the car key? One grandmother found out the hard way.

The grandmother went to the local mall to run some errands, but her granddaughter did not want to drag along with her, so she stayed behind in the parked car listening to music.

After a few minutes the girl realized that her grandma had left the keys in the ignition. So she jumped for the opportunity to drive the car. As an inexperienced driver she pressed the gas too hard causing the car to hit a tree, a power pole and launch into the air, crash landing on top of two other cars.

Luckily nobody was hurt. Police were called to the scene. Police told reporters that there will likely be charges against both the teen and the grandmother.