The EME And Wizkid Situation. 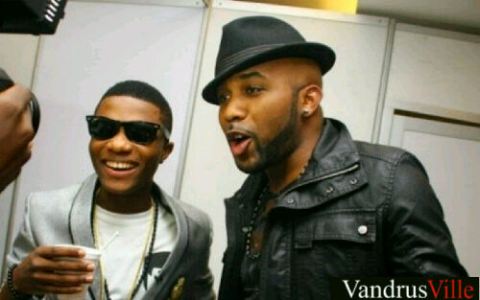 2. Wizkid is a self proclaimed “studio rat.” As early as 11 years old, he was already singing.

4. In 2009, at 19years old, Wizkid got an even bigger break when he began working with Nigerian-American R &B super star Banky W’s Empire Mates Entertainment Record label. (True fact)

5. Wizkid already put a lot of the hard work on the talent side before he met EME. From 2009 onwards, EME focused on the branding, artist development, marketing and promotions of Wizkid. (True fact)

6. Within and outside of Nigeria, there was NO LEGAL CONTRACT signed between EME and Wizkid. (Alleged)

7. About March 2012, when fans and the public screamed in excitement about the EME Wizkid UK Tour, Wizkid still did not have a legal contract. However, as a condition to perform in the UK and to get visas granted, the hosting country (UK) required a record contract evidencing Wizkid was signed to EME. EME, in a rush, put a contract together for Wizkid. (Alleged)

8. The EME-Wizkid contract (the first signing of a record deal) had a term requiring a 7 album deal. They promised this contract will be amended to the “real contract” later. (Alleged)

9. Wizkid signed the 7 Album contract, without reading the terms. (Alleged)

10. Prior to the signing, monies were split between the two in a 50/50 way i.e. monies made from concerts/ tours were split evenly. (Alleged)

11. In April of 2012, EME announced a joint deal, in a press statement, with Akon’s Konvict. EME claimed Akon would “produce and release Wizkid worldwide” while EME managed Wizkid in Nigeria. (True Fact)

12. Before we could blink, all of a sudden, Wizkid signed a management deal with Tinie Tempah in the UK. Really? (True Fact)

14. Wizkid fronts his own label “Star Boy” under the blessings and umbrella of the EME label. (Alleged)

15. As it stands, the relationship between the EME crew and Wizkid has deteriorated to the point where Wizkid no longer speaks to members of the EME team, including Banky W. All correspondences are filtered through his new manager Godwin Tom (Alleged).

16. Wizkid wants more money and he wants out i.e. reduce the 7 Album deal. He feels slighted because EME promised they would sign a new contract with him and now they want to hold his feet to the fire on their 7 album contract. (Alleged) If you find yourself stuck in such position based on the alleged facts like Wizkid, what do you do?