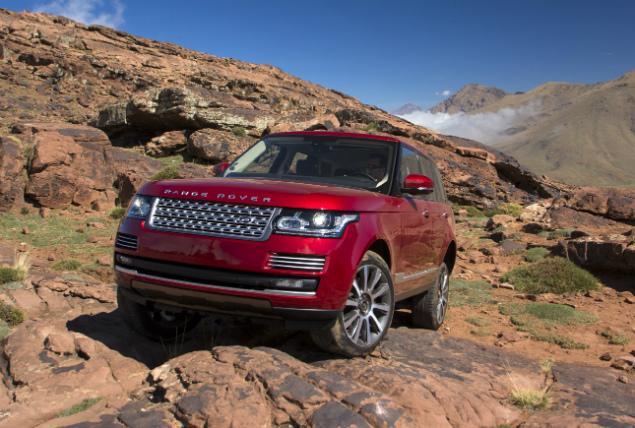 Range Rover announced that their latest model, the N13 Million-and-up 2013 Range Rover is sold out for the next six months to a year in the United States, the automakers biggest market. Despite shortages of the luxury SUV, Automotive News reports that Land Rover expects 2013 sales will outnumber 2012’s 43,664-unit total.

Buyers can order one now – but even celebrities will have to wait until next year to sit behind the wheel.According to Range Rover, the United States is their biggest market and New York is the biggest single city in the world for sales. (It must be because of all those steep hills and muddy streams in Manhattan.) But only the early birds will be able to run the new model to the farmer’s market.

The luxury vehicle’s success has US Range Rover bosses scrambling for inventory.“We are asking for as many vehicles as we can get. The vehicle is sold out for six months to a year,” said Chris Marchand, executive vice president of operations at Jaguar Land Rover North America in interviews with motoring magazines.

Auto reviews have been overwhelmingly positive, and there has been a rush for the famed luxury off-roader.The good news is that since demand is so high, re-sale premiums for owners are at a record level.

Despite the shortage of vehicles, Automotive News says that Land Rover remains confident that its 2013 sales total will outpace last year’s 43,664-unit total.

Designed for off-road handling but with a real emphasis on style – Victoria Beckham was brought in to oversee the creation of the Evoque model – the car is favored by owners including the Queen, Beyonce, to 50 Cent, Jeremy Piven, Miley Cyrus, Jessica Simpson, Eva Longoria and Michael Phelps. Perta Ecclestone, daughter of Formula One boss Bernie, has three.