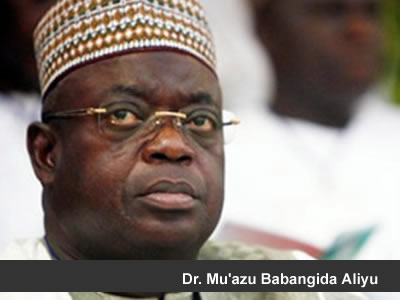 The Niger State government yesterday raised the alarm of a clandestine plot to silence Governor Babangida Aliyu over his recent comments on the 2015 presidential election.

The government alleged that “Hawks” in Abuja have concluded arrangements to print posters with Governor Aliyu’s portrait announcing his presidential ambition thereby pitching him against the Peoples Democratic Party, PDP which has placed an embargo on campaign for the presidency.

This was disclosed yesterday, a day after Aliyu was suddenly summoned to the presidential villa in Abuja, allegedly on issues bothering on his recent assertions.

A statement by Governor Aliyu’s Chief Press Secretary, Danladi Ndayebo, further alleged that some media houses have been commissioned to write negative reports against the governor as part of a grand plot to discredit him and the state government as well as question his loyalty to the PDP.

“But Governor Aliyu is a law abiding member of the PDP and is very much aware of the party’s directive to members not to commence campaign for the 2015 presidential election,” the statement said adding that “For the avoidance of doubt, Governor Aliyu has not declared for the presidency.

“If anything, he is at the moment focused on delivering on the mandate given to him by the people of Niger State and would not be distracted”, the statement added.

According to the statement, “the governor is committed to ongoing efforts to re-engineer the state to achieve its vision of becoming one of the top three most developed state economies by the year 2020.”