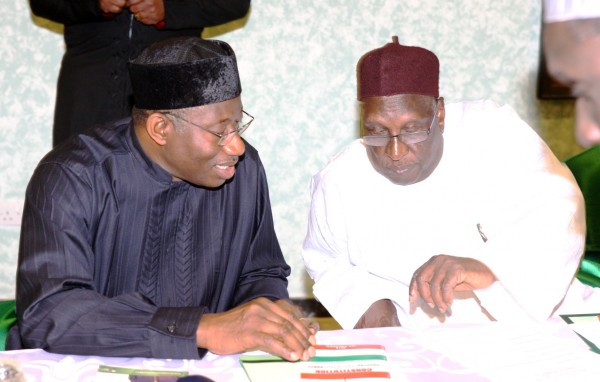 National Chairman of the Peoples Democratic Party, PDP, Bamangar Tukur, told journalists at an interactive session in Abuja on Wednesday that President Goodluck Jonathan had every right to contest on the platform of the party in 2015.

In what may be a pointer to the fact that the ruling party has begun subtle moves to prepare the grounds for a Jonathan candidature in the next general elections, Tukur said:

“It (the President’s ambition) is in order in politics. Jonathan is the President under our party and what is wrong if he decides to run? The others have the same opportunity to promote their candidate, if they have.”

Tukur also used the interactive session to dispel the notion that the newly formed PDP Governors’ Forum was a platform to launch Jonathan’s reelection.
“Candidates are not elected at Governors’ Forum. Let me tell you; in politics there is a lot of misinformation and people tend to interpret issues from different viewpoints,” he noted.
AdvertisementABUJA DOCTOR REVEAL THE UNIQUE WAY TO PERMANENTLY CURE WEAK ERECTION, SMALL AND SHAMEFUL MANHOOD AND INFERTILITY ISSUES WITHOUT SIDE-EFFECTS WITHIN SHORT PERIOD!! DON'T BE A VICTIM!! Click Here for More Details