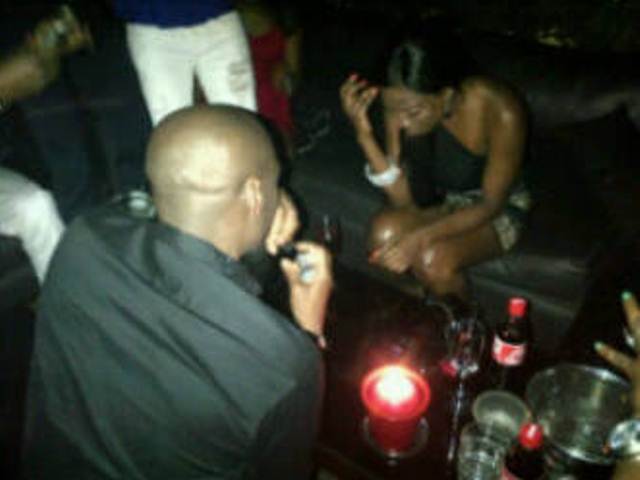 2 Face’s fiance and long time heartthrob, Annie Macaulay, has reacted to the wicked rumour that her man was involved in a Jet Ski crash while on a vacation early Monday morning in the Turks and Calcos Island.

Annie, inundated with calls and apparently worried, wrote on her BB’ status: “My fiance is WELL , STRONG n HAPPY…pls stop d rumours.” She hinted that he has since traveled to the United States to begin recording of his new album and is due to come back soon. Anne was not the only person who reacted to the death rumour.

2Face’s publicist Bayo Omisere also confirmed to WG over the phone that not only was the story untrue, it was baseless.

“We dealt with the issue in September, 2011 and it is the same website that has gone on to do a repeat performance. Nigerians should ignore the mischief makers as 2 Face is not only alive, but busy working on his new album project in Los Angeles, California, United States of America ”, the publicists affirmed.

Last week, Vanguard exclusively published the story of how the Idoma, Benue State born 2Face had travelled to America to begin work on a new album project. His journey came on the hill of his controversial marriage proposal Annie Macaulay, mother to one of his children at a surprise Valentine party he threw at CLUB 10, Victoria Island, Lagos.

The disturbing story was traced to a website, Global Associate News which referred Tuface Idibia as the only passenger in the watercraft that claimed his life. The rumour became rife following reports that the multiple award winning African music icon was in the United States.