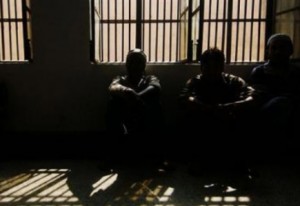 Three Nigerians have been arrested in Mumbai, India by agents of the country’s Anti-Narcotic Cell (ANC), after they recovered 100gms of cocaine on one of the Nigerians. On the streets, the drug is worth about $11,000.

During interrogation, the men identified themselves as Okoye Chukwansonso Emmanuel (32), Oddile Ezike Syril (31) and Wisdom Nwankwo (32).

The three stocky Nigerians did not easily surrender themselves to the police outside the Reay Road Rail Station, where they were arrested on suspicions of drug peddling.

The Nigerians resisted the arrest and tried to avoid the arrest.The times of India Online which reported the high drama said in the ensuing scuffle, one of the Nigerians bit a constable’s finger.

Constable M Tupe’s bleeding finger was treated at GT Hospital and he was later discharged.

According to the police, the ANC of Azad Maidan unit received a tip-off that a few Nigerian drug peddlers were likely to assemble near PD’Mello Road.

A six-member team, led by Sunil Kavlekar, went to the spot and noticed three Nigerian nationals moving about suspiciously.

On seeing the policemen, they hailed down a taxi and got in. When the policemen stopped the taxi for a check, the accused refused to get out of the vehicle.

“In a bid to flee, one of the men kicked the door so hard that it came off. The three men took up a fight with the policemen, but were proving to be difficult to overpower. The cops then signalled to a reserve team of four other policemen, who had spread out in the area suspecting mischief by the accused, for help,” said an officer.

In the melee, one of the accused bit constable Tupe’s finger on the right hand.

Even with the stand-by team and the public pitching in, the police reportedly found it difficult to overpower the three Nigerians. By then a passing patrol van of the Sewree police noticed the commotion and rushed to their counterparts’ aid. Finally, the three men were overpowered.

“We recovered 100 gm of cocaine worth Rs 6 lakh from them,” said deputy commissioner of police Kishore Jadhav. [The Times of India]