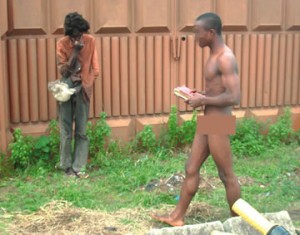 In a rather alarming revelation, a medical expert and consultant psychiatrist, Dr Vincent Udenze, has called for a national service framework for mental illness in the country. The Chief Executive Officer (CEO) of Synapse Services, a centre for Psychological Medicine in Abuja, also declared that about 18 million Nigerians are suffering from mental illness disorder and need diagnosis.

Quoting the World Health Organisation (WHO), Dr Udenze, who addressed a press conference in Abuja, to mark the Family Day, said about 12 per cent of Nigerians “got a diagnosable mental illness disorder,” which translated to about 18 million people.

He therefore emphasised the urgent need to tackle the spread, stating that if the 2005 census was used, it could be assumed that the whole population of people living in the Federal Capital Territory (FCT), Abia, Nasarawa, Bayelsa, Ekiti and Gombe states, put together had symptoms to need a diagnoses of mental illness.

The medical practitioner pointed out that these states had population similar to those with a diagnosable mental disorder: “We must redesign mental health service. All of us, the government, private sector and individuals need to come together to push for better quality mental health service. The family must get empowered and get information,” Dr Udenze said.

He regretted the fact that those with mental illness were stigmatised, the situation which is adding to an increase in the number of mental illness in the country adding that unfortunately, people thought a man in the street was the only one suffering from mental illness, whereas mental disorder did not mean people in the street alone.