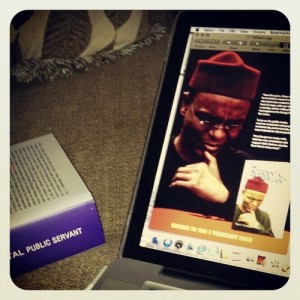 More than five years after he left office as Minister of the Federal Capital Territory (FCT), Malam Nasir El-Rufai has maintained that he has a clean conscience over the demolition of several buildings running into billions of naira during his tenure.

The former minister who is credited with restoring some of the glory of the capital city and saved it from going the way of the former capital Lagos, after its master plan was distorted, insists that he had to take drastic action to save Abuja from being turned into a slum by influential persons in the corridors of power.

Mr. El-Rufai, who made the comments at the presentation of his new book “The Accidental Public Servant” in Abuja on Thursday, claims he was able to dislodge the cabal distorting the Abuja Master Plan and using land allocations to enrich themselves at the expense of the country and its people.

“I love Abuja and gave nearly four years of my life to its restoration, orderliness and development,” he said.

El-Rufai also attributes his success in carrying out the exercise to the unflinching support he received from his boss and former President Olusegun Obasanjo.

“I was able to do my assignment because Obasanjo, who appointed me Minister, considered Abuja as his own child and supported me as his son for the FCT assignment and up to this point in time, I have not disappointed him,” the former FCT Minister said.